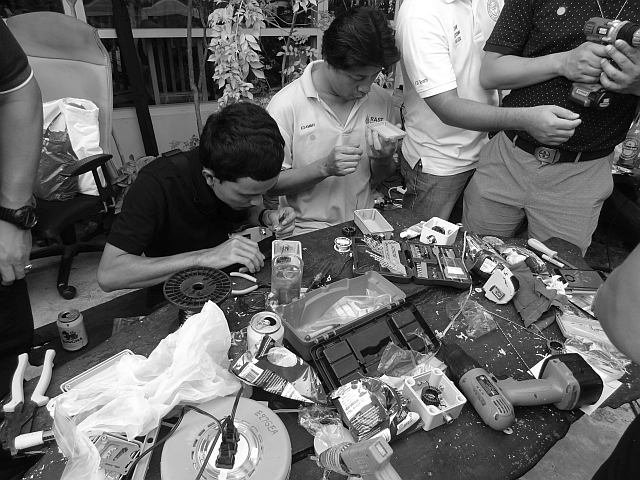 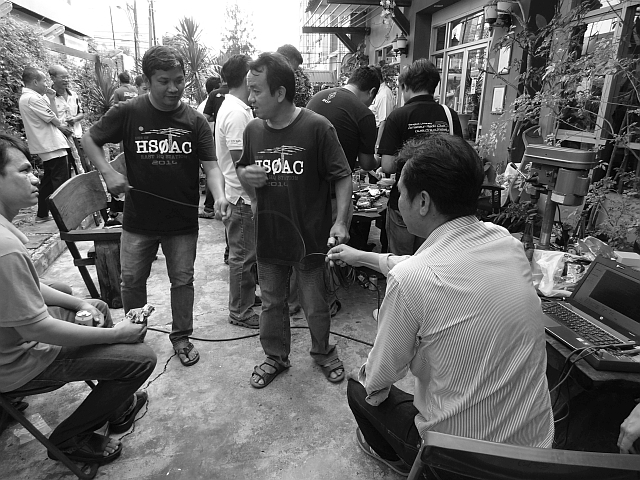 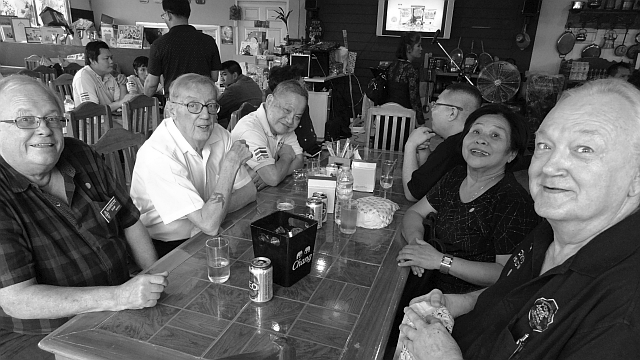 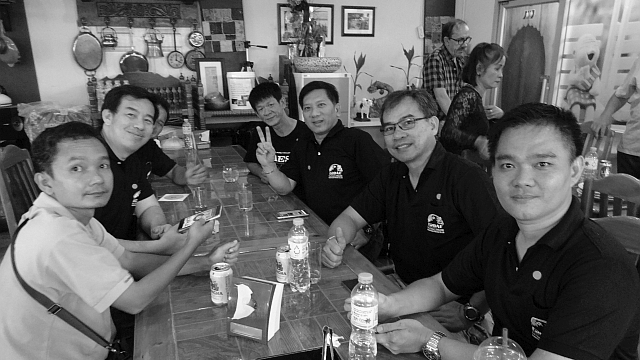 RAST celebrates the New Year with a party on January 15 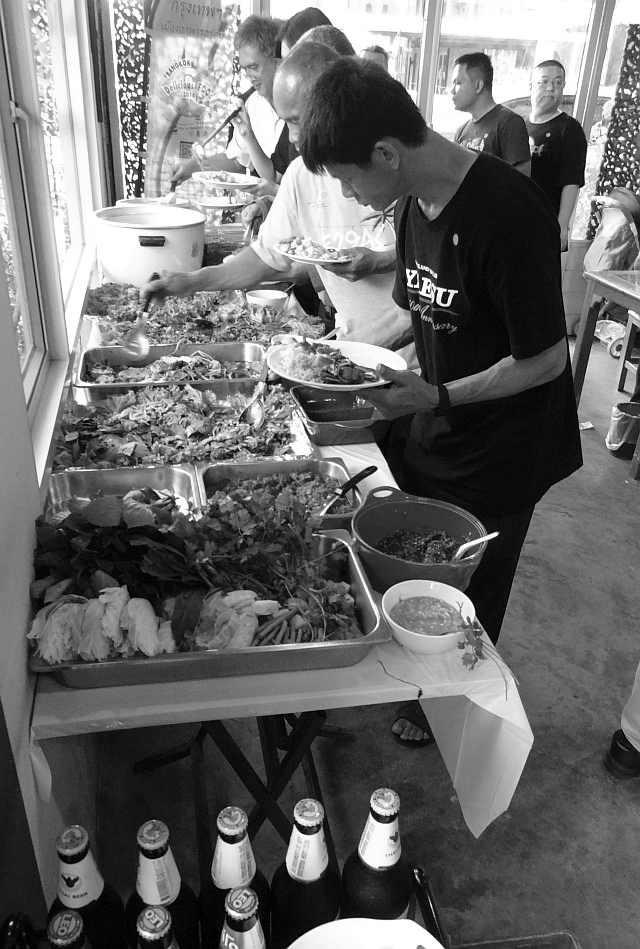 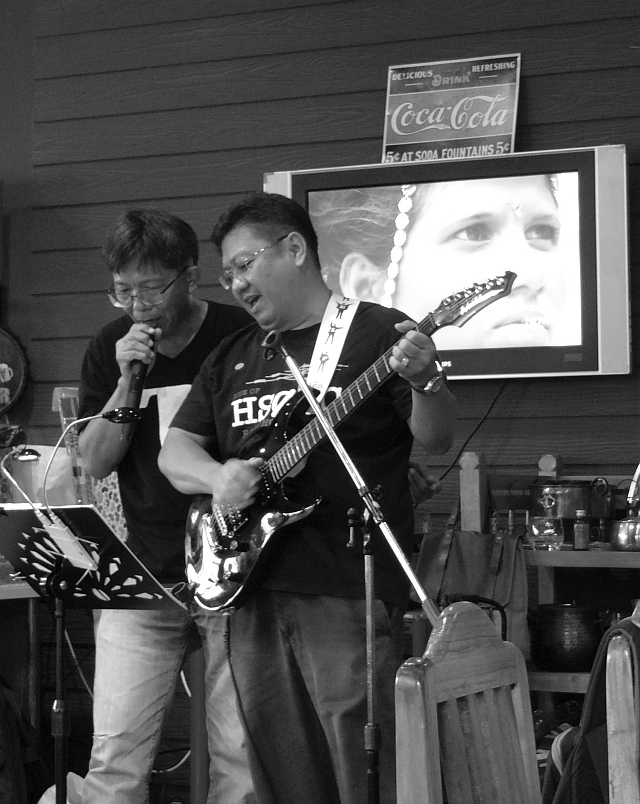 Around 90 RAST members attended the society's New Year party on January 16 at Rot Meu Mae (or "The Taste of Mother's Touch") restaurant in Laksi in the northern suburbs of Bangkok with a buffet dinner and refreshments being available.
Guests brought New Year gifts with them to the party that were exchanged during a lucky draw and there were music performances, with RAST President Jakkree, among others, taking the microphone to sing while playing the guitar.
The party began at around 3 p.m. in the afternoon and continued to 8 p.m. when the last prizes were awarded. During the afternoon there was a balun construction workshop
outside the 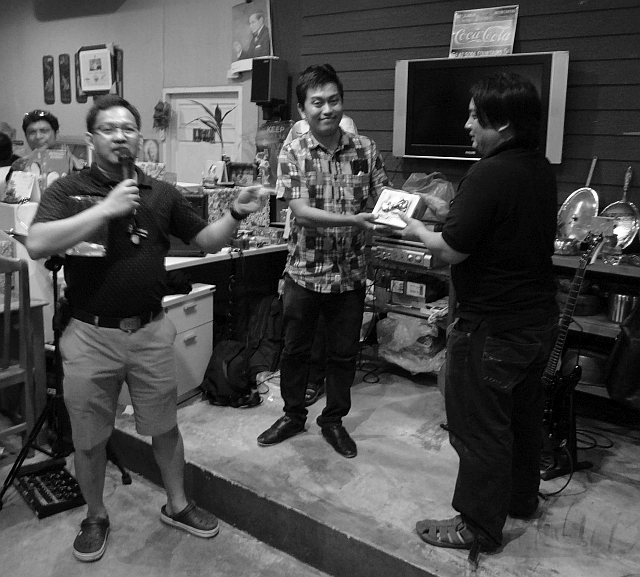 restaurant.
Before the lucky draw for the prizes got under way, Svante Nordenstrom, HS0ZDY and Tony Waltham, 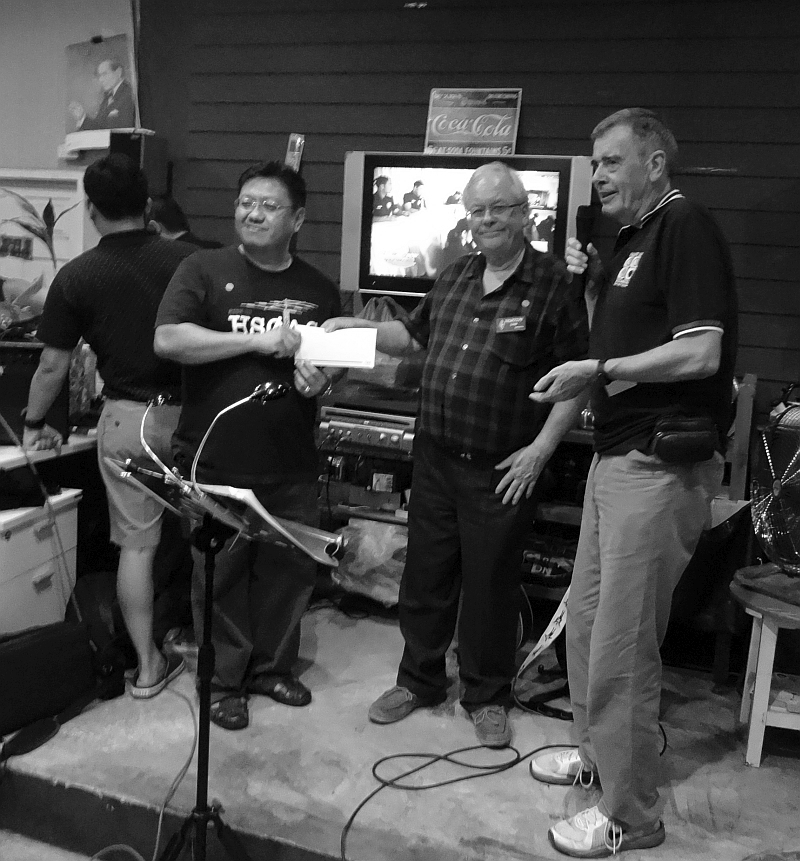 HS0ZDX had some good news to announce when they jointly presented a cashier's cheque for 71,400 baht (US$2,000) on behalf of Fred Laun, K3ZO and HS0ZAR, and the YASME Foundation. The YASME Foundation had made this donation to support RAST's investment in a headquarters office and for setting up the HS0AC club station at a new location following subsidence problems at the campus of the Asian Institute of Technology (AIT).
Donations for this investment are most welcome and can be made to RAST to its Paypal account using the link below or to the Radio Amateur Society of Thailand (RAST)'s savings account at the Krung Thai Bank (KTB), Pradipat branch: 034-1-86101-4.


A good time was had by all at the New Year party -- and hopefully these pictures help to capture the atmosphere.


Back to the RAST Home Page 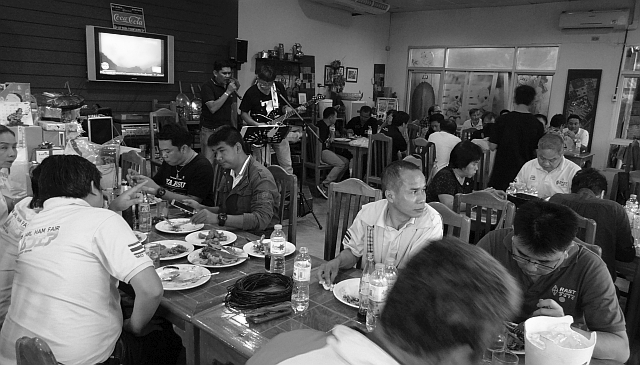 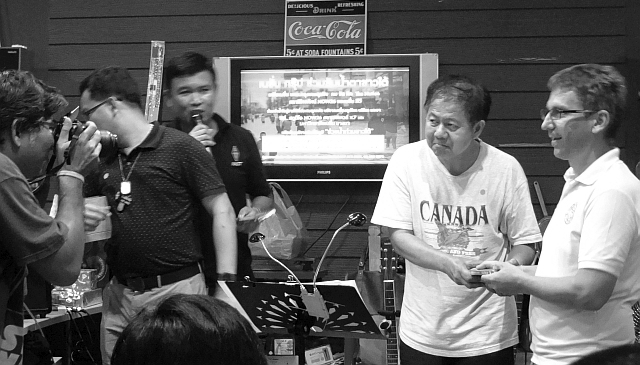 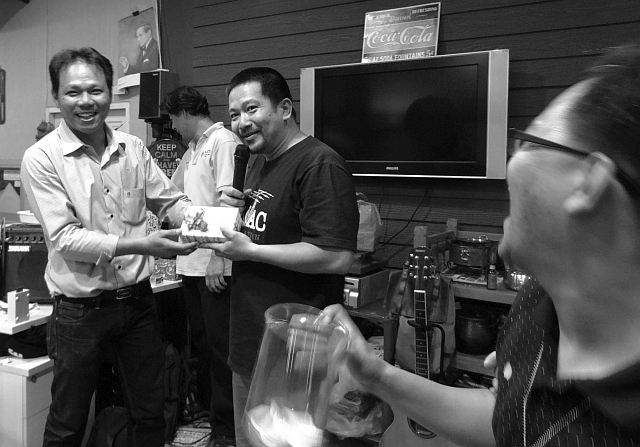 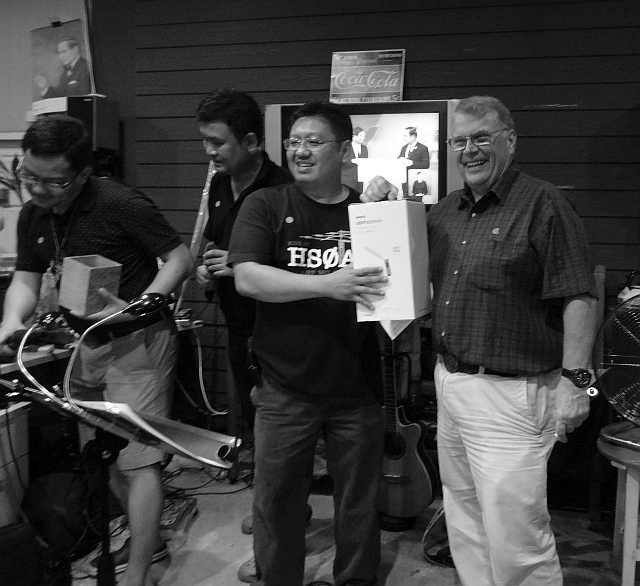 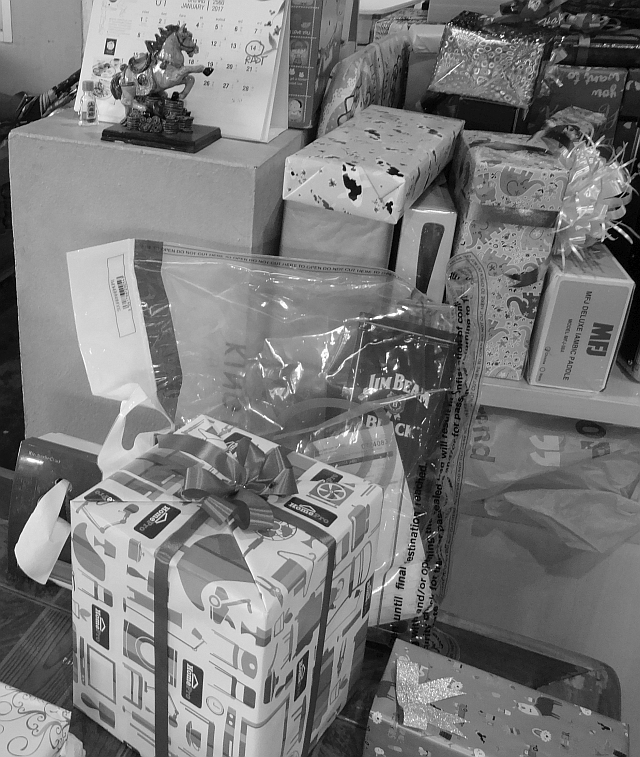