Archive for August 2014
Click this image >
to visit our Thai-language site:

RAST plays a role in social networking to share information, pictures and videos of interest about amateur radio. You can follow developments on our Facebook page or by following RAST on Twitter or watch our videos on YouTube.
Click on the images at left or the links above to learn more. 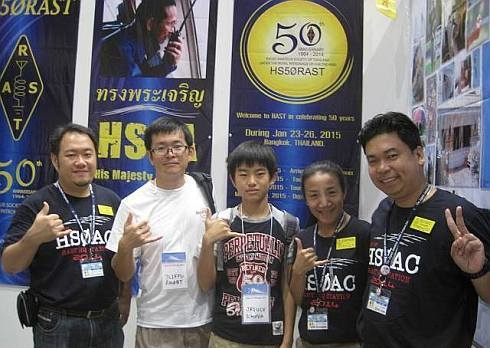 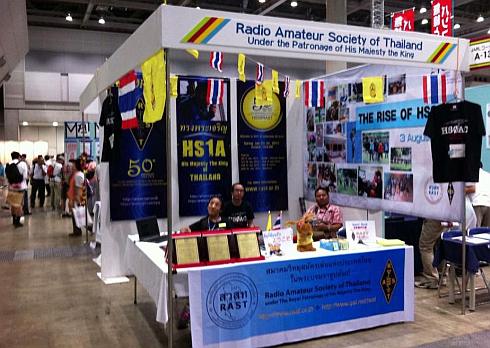 In the picture at left: At the RAST booth at the Tokyo Ham Fair on Sunday, August 24, 2014, from left, Noppadol (Tong), HS5IGY and JI1FGC, Kuniyoshi, 7L1FPU, Yoshiki, JF1UCV and KH0UA, Goi JC, E20NKB and JH1TEP and Champ, E21EIC and JH1TEQ.
The picture above on the right shows the booth in prespective at the annual event at the Tokyo Big Sight in Ariake. 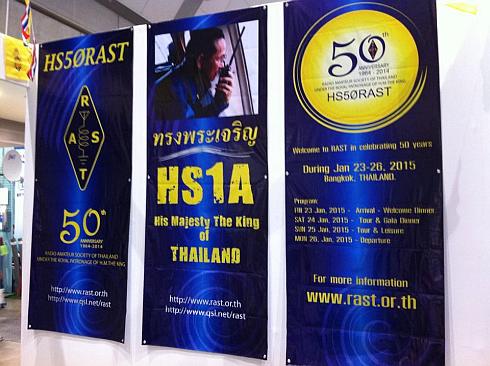 RAST Secretary Chalermphol (Champ), E21EIC and his XYL, RAST Registrar Goi (JC), E20NKB along with Noppadol (Tong), HS5IGY with the help of other Thai radio hams set up and manned the RAST booth at the Tokyo Ham Fair at Tokyo Big Sight on the outskirts of Japan's capital city on the weekend of August 23-24.
The booth welcomed many visitors attending the largest amateur radio convention in the region and a large poster on display featured "The Rise of HS0AC", telling the story of the recovery of RAST's club station on the campus of the Asian Institute of Technology. Other posters (shown in the picture at right) paid tribute to RAST's patron, His Majesty the King of Thailand, HS1A and also announced RAST's 50th anniversary celebrations which will now be taking place in late January.
The dates of the 50th anniversary of RAST's founding in late 1964 will be from January 23-26, with a gala dinner on January 24, 2015 and tours for foreign visitors will be arranged on January 25 and January 26.
More details about the celebration will be provided at this website very soon.

Former RAST President Pornchai (Joe) makes a presentation during which he explained the importance of a band plan for 10 metres at the NBTC seminar at the Maruay Garden Hotel in the northern suburbs of Bangkok on Saturday, August 23. 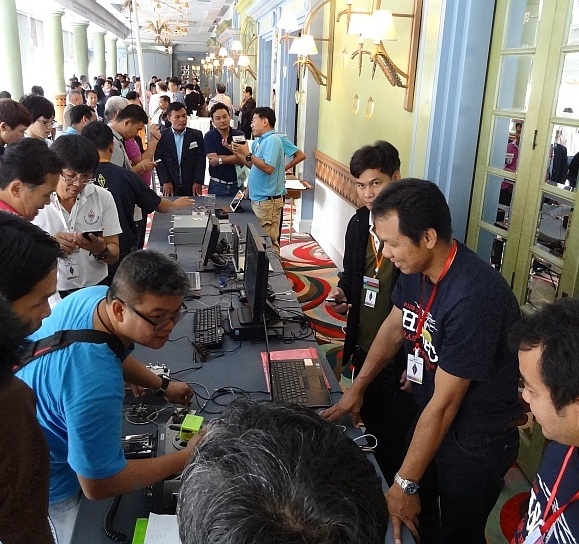 On Saturday August 23 and Sunday August 24 RAST conducted a seminar about the 10-metre band on behalf of the National Broadcasting and Telecommunications Commission (NBTC) for over 300 participants that included NBTC officials and representatives from amateur radio associations from provinces throughout the country.
The event was held following the announcement in July of new regulations governing amateur radio in Thailand which, among other things, will authorise Thai novice amateur radio hams to operate on the 10-metre band. RAST has proposed that novices should receive training from authorised intermediate class licensees who will be able to grant them with a certificate of competency that will enable them to operate on the 28-MHz band.
RAST President Jakkree, HS1FVL, former RAST President Pornchai (Joe), RAST first vice president Sakol, HS1JNB, RAST senior advisor Prasit, HS1DN were present at the event along with many other RAST officers and members.
RAST had a booth in front of the main auditorium at the hotel which was popular and the sessions were well attended as can be seen in these pictures. -- HS0ZDX 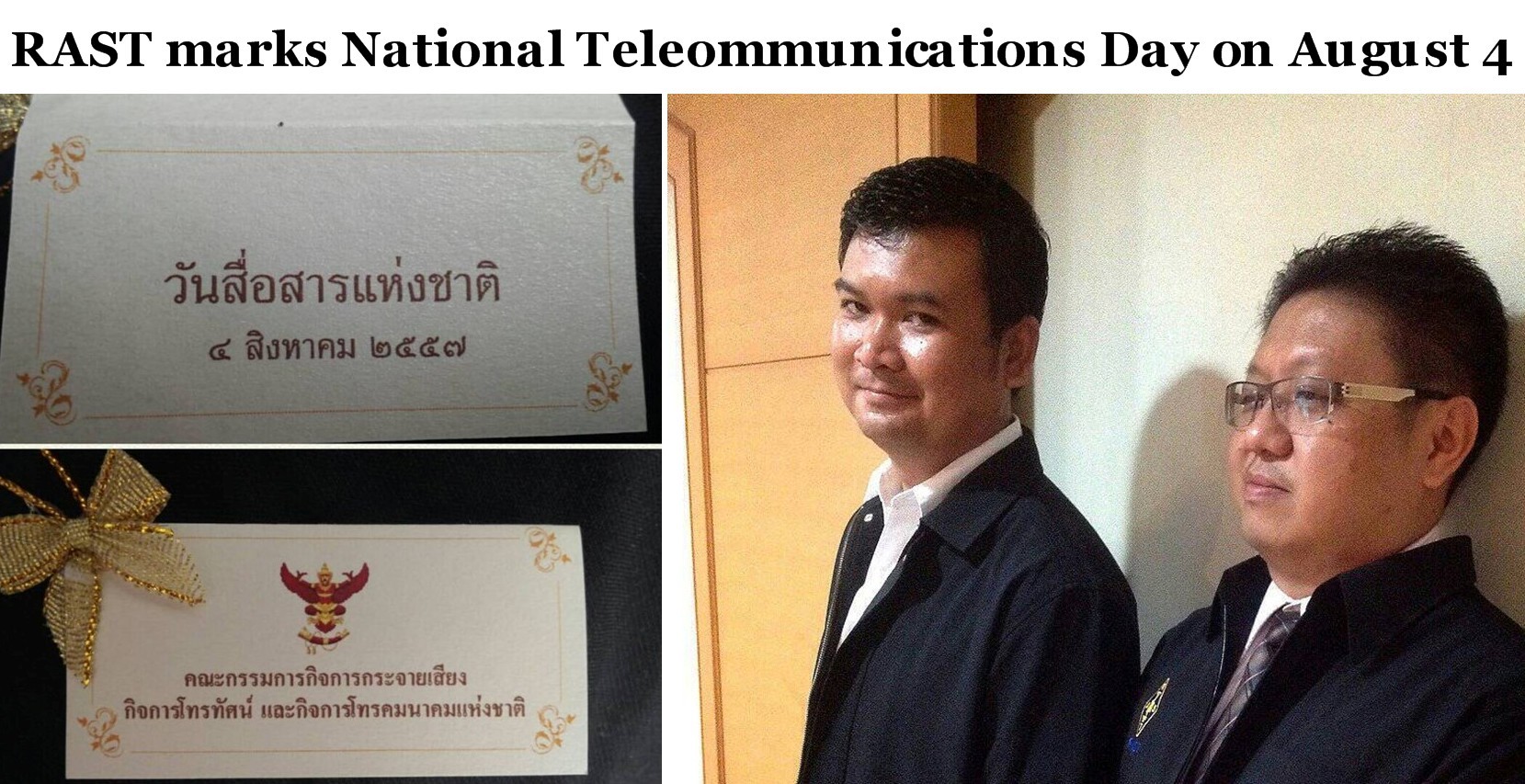