The 6 meter spring sprint was sponsored by the Central States VHF Society. The rules and more info were provided at the spring sprints website. Every year this single-band contest runs from 2300Z on a Saturday until 0300Z Sunday, and this time it was held on May 10-11, 2014.

After spending several days looking at the forecasts for a number of portable operating locations, it became evident that the best wx was going to be to the north. I had to scrap the plans to activate home grid FN22 and go with FN23 instead. I've always wanted to try the long-boom yagi from up there anyway. One final check of the hourly weather graph on Saturday morning confirmed tranquil conditions for that location during the sprint. So with my base station yagi now packed away in the van (and European 6m DX promptly showing up immediately afterward), I launched the trip northward.

After setup was complete, I noticed S9 interference when the beam was pointed either north toward the commercial gear on the hilltop, or south toward the city of Utica, NY. Turning off the amplifier's built-in preamp made the noise drop quite a bit, so I was going to have to operate the entire sprint with the preamp off (and there was still quite a bit of noise at certain beam headings). I hope I didn't miss too many weak signals as a result. I have had the same result at this site for many years on 6m using an assortment of antenna configurations, but at least this time I had a narrower beamwidth antenna to help reject the noise in some directions.

Activity levels were alright for a closed band, and followed the typical pattern of an acceptable first hour, a worse second hour, and a painful third hour. Tried a CW contact with WA8RJF EN91 over a 331-mile path, but he was unable to copy me. He was the only Ohio station I heard, and would have been the best DX to the west. No CW contacts were made in this sprint. In the fourth hour FN31 finally went into the log, then things got quiet again. It was now the last chance for the band to open, but there were still no signs of it yet. With fewer than 20 minutes to go, I noticed I was still starving for grids in the southerly directions so I turned the antenna into the unusually high QRN one more time and was in the middle of pulling out two PA/NJ stations when suddenly a booming signal rattled my speaker and the callsign had a "4" in it. The first solid sporadic-E signal arrived 93 percent of the way through the sprint! I was able to work 5 of these stations (and reward them for tuning above 50.150 MHz where people weren't stepping on each other) and they rewarded me with just as many multipliers. Best DX was W2BZY EL98. Nice to see sporadic-E for the 2nd spring 6m sprint in a row. The Solar Flux Index was 152, up from the previous year for at least the 3rd consecutive time (136 in 2013, 130 in 2012, 92 in 2011). NOTE: The next day 6m Trans-Equatorial Propagation showed up and provided the strongest, longest lasting band opening to South America that I have ever seen from the northeastern US. Either the spring F2 season extended beyond the usual March/April timeframe for a second year in a row, or the ionosphere was boosted by the arrival of a plasma cloud from the M5.2 solar flare of sunspot region 2056 which erupted at 10:07 UTC on Thursday 08-May-2014 (or maybe both). Update: N2SLN takes first place. 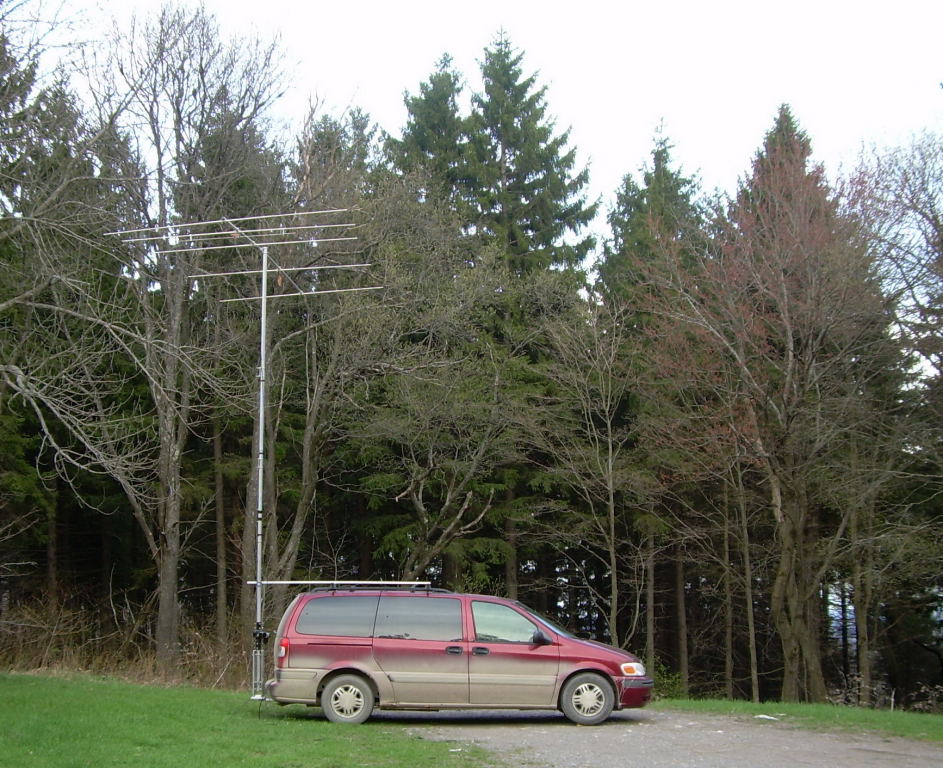