Best sprint weather so far--temperatures were in the 60s at the start and 41 degrees when I got home. Sunny during the day and bright moon in the clear night sky. I set up the antenna system on my local fire tower hilltop in western FN22 where there is moderately good elevation, few signal blockages, good privacy, and lower noise levels than most other sites--all of which make for a better 432 sprint. There was slow QSB the whole night, especially on east/west paths. But I was still able to work 200+ miles to VA3ELE/R EN93 thanks to the operating technique of repeating information several times so that one of those times the information will hit a QSB peak and make it through. I was able to work VA3ELE/R two more times, and he ended up providing my only contact into EN92 also. No FM simplex contacts were made despite two tries. More than a third of my contacts were CW. Most people were reporting worse-than-flat band conditions based on lower signal strengths than usual. My toughest propagation was along the northeast-southwest line: K1DY/R to my northeast was completely missing in action here and was S6 last year. W9KXI is only 105 miles to my southwest and was barely audible this year. I never heard anything beyond adjacent grid FN11. But despite the tougher conditions this year and no 300+ mile DX like last year, I did somehow manage to compile more Qs and grids. Best DX to the east were the stations in FN42. Best to the south was WB2RVX FM29 (194 miles / 312 km). In the last few minutes I heard KD2AVU FN30 working K1RZ FM19, and both would have been new grids and new DX. I pointed at K1RZ, moved down a few KCs, and called CQ but didn't get him.

Here's an interesting contact in light of all the pre-contest talk regarding spotting: At one point I returned to my run frequency after making a contact elsewhere, called CQ, and was immediately greeted by a new station who said he had been waiting on frequency to try working me. Sounds like someone must have spotted me, resulting in a contact that may not have happened otherwise, but at what overall cost I don't know. The time it takes to spot someone could have been used by the spot-broadcaster to call CQ, turn the antenna, or spin the VFO which could have resulted in another contact for himself. Similar situation for the spot-watcher sitting on a frequency wondering whether the spottee will return to calling CQ at all, and if so, whether it will be to the same run frequency as before and still on a favorable beam heading. A spot-watcher equipped with dual-watch function (IC-7600, for example) could benefit greatly by listening to the spotted frequency on VFO-A in one ear and scanning the band with VFO-B in the other ear. 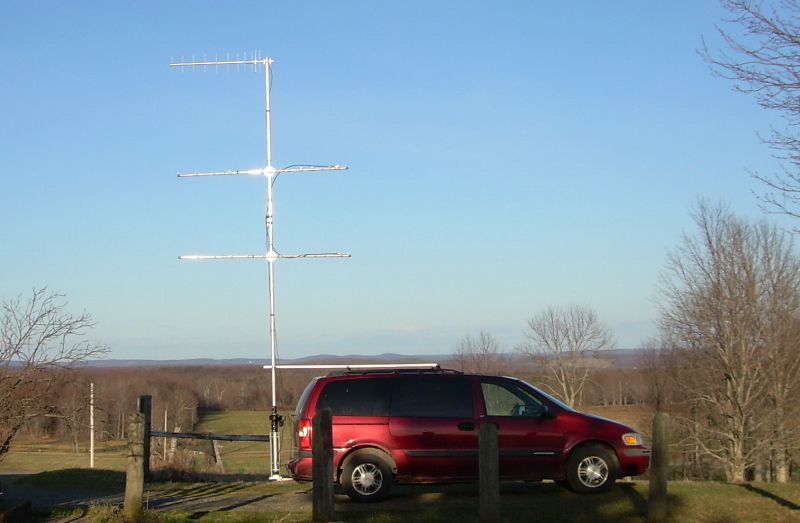