It seems like the spring sprints have fallen on the worst weather day of each week so far. The temperature dropped throughout the day Wednesday and rain changed to sleet at 4 PM. Luckily there was no accumulation on the hilltop when I arrived. The good news is that the chances of precipitation were supposed to weaken throughout the sprint. Sure enough, while daylight was still available I could see the edge of the cloud bank to the west with clear skies behind it.

The purpose of this sprint was to test a new antenna system: The single rover yagi that I built in 2007 now has an evil twin. I finished installing the elements earlier in the week, then on sprint day I finished soldering the matching section. Next I installed the boom-to-mast plate and two vinyl end caps. I finished by installing the power divider on the mast.

The sprint was off to a good start. The first hour seemed like local activity hour--I worked my own grid 3 times which is rare when you're in FN22. But then the excitement dropped off as feared. I began having doubts about activity levels and about the performance of the new antenna despite the flat SWR, as so many things can go wrong with new, untested stuff. Then while working K1WHS he must have switched antennas because his signal jumped to 5x9+10 dB from 248 miles away. He said I was 5x3 without his preamp. Perhaps this was a quick burst of weak NE/SW oriented enhancement, so I kept the antenna pointed in the NE directions while calling CQ and worked K1DY FN54 at 357 miles with 5x6 signals in both directions. I've never worked FN54 in a 432 sprint before, so either there really was enhancement, or the new antenna is working beyond expectations (or a little of each). This was the turning point in the sprint--now things were exciting again and I had new incentive to make it through the usually-tough third hour. I picked up two new grids in the third hour which was nice, but then the final hour arrived and provided the big surprise: I was calling CQ to the west and got called by two Ohio stations. The more distant station was N8DJB EN81 at 411 miles which was my best DX for the evening. I can't remember the last time I heard EN81 in any sprint--EN80 and EN82 I have heard or worked a few times over the years on 2m, but EN81 has been elusive, and is an especially good catch on 432. The new antenna system is doing great at 16.5 dBd into a 30-degree beamwidth. Now it's time to increase power and see what I can do in the September VHF contest and fall 432 sprint. Stations heard but not worked were VE3YCU, WA2FGK, KA3HED FM29, K2DH, and W1AW/1 New Hampshire. Adjacent grids not heard from were FN23, FN32, and FN33. Despite these missed opportunities, this was my 2nd best 432 sprint ever and I even got first place. Perhaps seeing a bald eagle on the shore of someone's pond on my way to the hilltop brought good luck. That's the 4th one I've seen in central NY since the first one in April 2010--they are making a comeback. 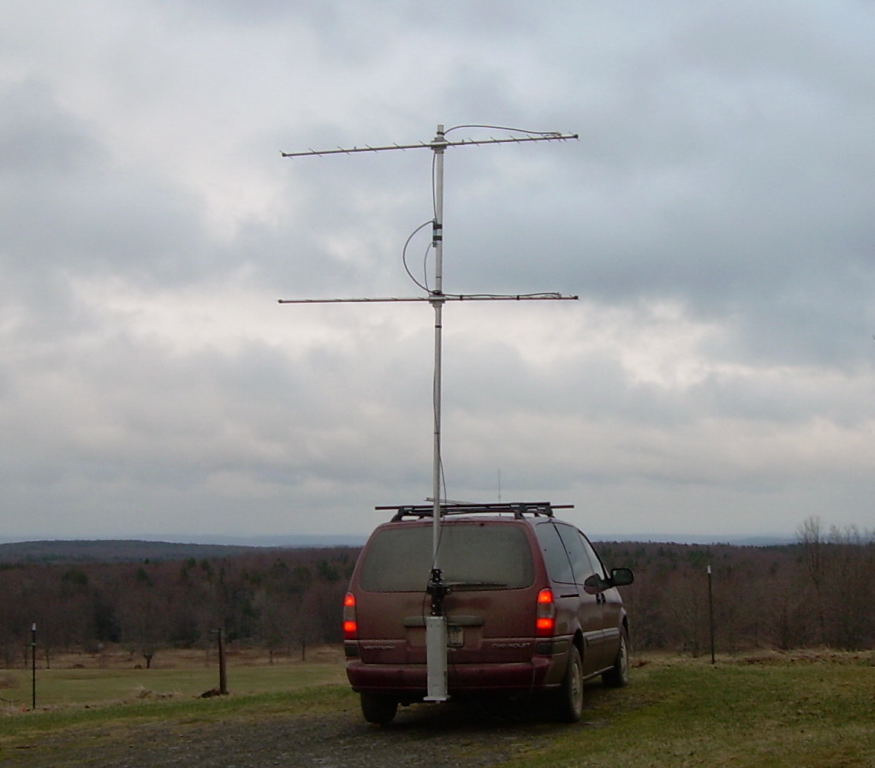