The 432 sprint is such a difficult one. The path loss is greater than on the lower 3 VHF bands, the yagis get longer and tend to have sharper radiation patterns, and not as many folks have equipment operational on this band. So in order to try increasing the number of QSOs, I brought an FM yagi in addition to the SSB yagi. The choice of location was a nearby hilltop in my home gridsquare FN22. Out of the first three spring sprints, the wind was at its most calm for this one, which is good because the temperature was also the lowest (25 degrees by the end of the sprint). Without cold wind gusts, assembling and disassembling antennas barehanded is a snap, and I began wishing I had a second antenna to stack with the first one. Perhaps that will be in the works for the fall 432 sprint.

Every sprint brings interesting stories, and this one was no exception. I was not able to hear AB2YI/R nor K2QO/R, and KC2PLJ/R was out of commission for this event due to a change of location. So I was not expecting to hear any rovers at all. Just then, WA2LTM/R answered my CQ and that was a callsign I had not heard in previous events. He was visiting the greater Binghamton, NY area from NJ and had 432/1296 with him. He had tried to visit FN22 first, but his rover site was occupied, so he had to move to his FN12 site right away. While chatting with him, I looked at my antenna switch, and discovered that after calling CQ for a while on FM simplex, I had forgot to switch back to the SSB antenna. When I did, his signal strength actually decreased even though we were now both using horizontally polarized yagis. There must have been some strange reflection taking place off some nearby object.

I heard WZ1V, W8ZN, WB2SIH, WC2K, and K3EOD, but either they disappeared immediately into the QSB, or I could not get their attention. I called CQ on FM simplex a second time, beaming in the directions missed the first time, but still no luck. Then the final hour arrived and activity actually began picking up. That's the first time I can remember that happening in a long time. I made more contacts in the last hour than the previous two combined, including someone in my own grid (a somewhat rare occurrence for FN22). With the exception of superstation K1WHS in Maine (247.5 miles / 398.3 km) who was 5x3, it seemed like I couldn't work past one grid to the E/W, and couldn't work past two grids N/S. For example, I worked two stations in FN20, but couldn't get the attention of the two stations I heard in FM29. Official results are here. 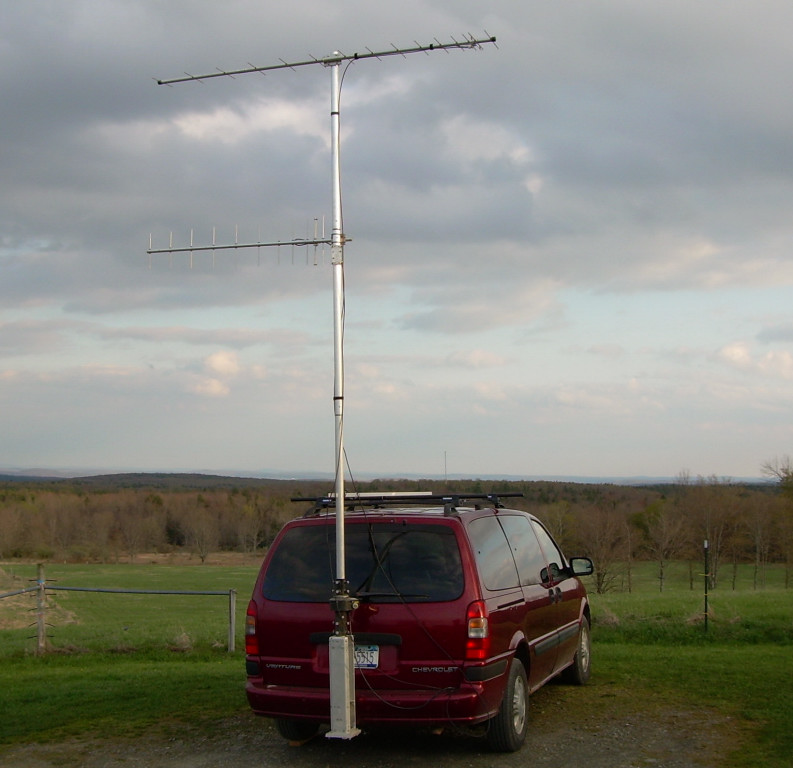