After the March 14th snowstorm dumped two feet of snow on us (N2SLN vehicle), I began wondering if it would be gone by sprint time. As a result, I started earlier than originally planned on homebrewing a 2m SSB omnidirectional antenna, thinking that I may need to use it if I can't get to any of my high elevation sites. While looking at roadside locations where I could do a quicker setup, the last bit of snow melted on April 6th (3 weeks and 2 days after the storm) so that means moving the omni project back down the priority list. A couple local stations mentioned that they were not planning on using a popular nearby hilltop for the sprint, so I claimed it. A little testing on Easter weekend revealed that turning up the input power to the 2m amp made it go from 150w in the January VHF Contest to 200w for the Sprint.

After setting up, I started by running equipment tests that I didn't get finished in October. I had to wait all winter (November-April this time) to get another chance. I wanted to try using the transceiver's attenuator in conjunction with the "too hot" external preamp to see if the resulting lower number of dB worked better. It did--it raised the S/N ratio by both decreasing the noise and increasing the signal. Sounds like the receiver's front end was being overloaded. So it's time to have the gain figure of that preamp decreased a bit and try again. Since there was no time to get that done, I turned the external preamp off and just used the one in the transceiver and the one in the amplifier for this event.

I knew the sprint would be a good one when the first contact was all-time new 2m grid FN53. It was a portable-to-portable contact, too, and with big signals. I don't even have that grid on 6m yet and I have over 200 grids confirmed on 6m from FN22 (with no tower and no rotors at the home station). Later in the sprint I ran into N1BUG FN55 and that was another all-time new grid for 2m (and another one I've never heard on 6m). WB2SIH/R filled in FN33 and FN32 on the grid map for me and was the only station I worked in those grids. The only missing adjacent grids were FN23 and FN11. Best DX to the south was W3BFC FM18 on the eastern shore of MD, but his 5x8 signal suggests that others further south could have been worked also. Best DX to the east was WA1MTI FN41. Best to the northeast was Maine station N1BUG FN55 (384 miles/618 km) who was the best DX overall. Best to the north was Ottawa station VE3KKL FN25, the only station I heard to the north. I almost worked a station in southeast LP Michigan who copied the last letter of my callsign incorrectly and didn't hear my grid. That would have been 395 miles and a new best DX for this Sprint. This was one of the most fun sprints I've ever seen because of the high activity levels in almost every direction (despite no band enhancements), and because of lots of good signal strengths. Ten contacts in each of the last two hours is unprecedented. This sprint also produced the highest number of QSOs (and grids) I've had in any spring 2m Sprint since my first one in 2007. 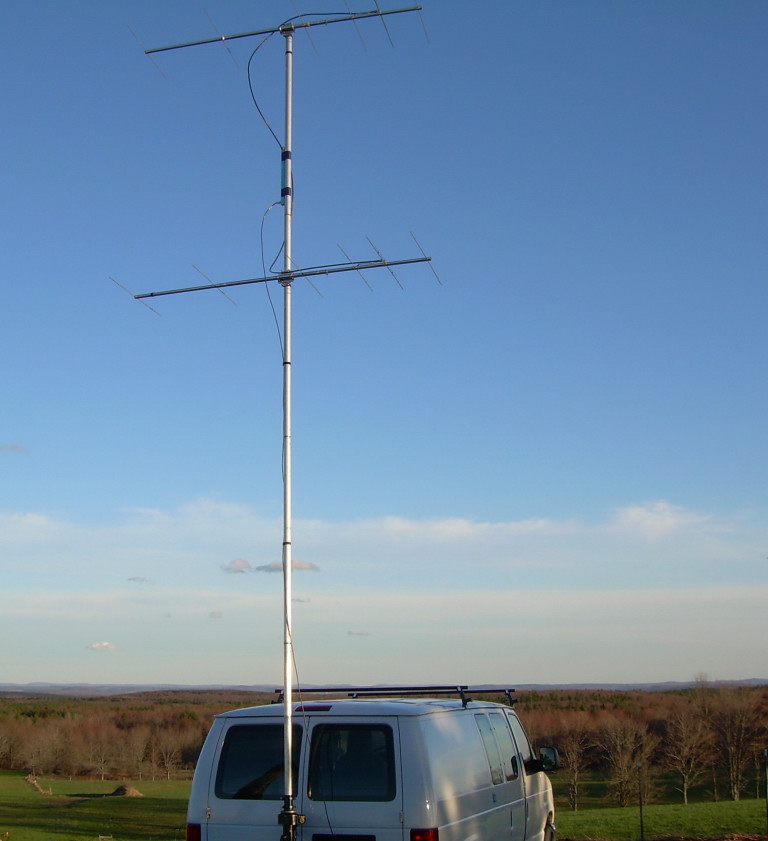