Preparation for this sprint started Saturday, two days before the event, with a drive to check out the condition of two local hilltop sites. The favorite, a fire tower hilltop in FN22, is only 15 minutes of slow driving from home. But the access road to that one was still blocked by three snow drifts. Other contesters in the area reported similar results when checking out their local hilltop locations. The second site, an abandoned Western Union microwave relay station in FN12, was in usable shape. Sunday I thought about driving 90 minutes north to check out the FN23 site and possibly the FN13 site afterward, but instead I used the sunny 50-degree wx to re-align mast adaptors for the 2m antenna stack and then load the van. Sunday and Monday I checked the hourly forecast graphs for all three locations for sprint time Monday. All areas were forecast to get rain by the end of the sprint, but the FN12 site consistently had a slightly lower chance. Plus, it was closest to home and had the best elevation, so...the choice was made.

I'm glad I left home early because when I got to the site it had turned into a mud pit right where I was going to set up (and I could see that a telecom company bucket truck had made it worse earlier in the day). There were no other places I could position the van on the hilltop because of power lines or more mud. I set off for my backup site further east in FN12, a cold war era AT&T microwave relay station hilltop. When I got there, the access road was still full of snow, but I got out and took a closer look. I determined that I could probably make it if I had enough momentum. I backed up the van all the way across the main road and hit the gas pedal. On the way up, all kinds of lights lit up on the dashboard telling me that various traction and stability systems were being activated, but I made it to the top of the hill and it was dry up there. The old cinder block building to my east would be the only major signal blockage, although there are trees in most other directions. At this point I was just thankful to have any hilltop at all for the sprint. Central NY was hit hard by an unusually brutal February 2015, and recovery was still in progress in early April.

This year the spring 2m Sprint was held on Monday, April 13, 2015, one day before Google reminded us of the 155th anniversary of the Pony Express (I prefer to use ham radio to deliver my grid square information). The sprint rules were provided here. I got the equipment set up just in time for the start, and it was a good start with 12 contacts in the first hour (better than last year), including 5 from my home grid FN22. I worked down into FM18 and noted that the signals were better than expected, so I wondered if there were going to be extended paths to the south. In the second hour I copied Virginia station KD4AA FM17 working someone, so now I knew that north/south propagation was better than expected. In the third hour I worked my best DX which was the 431-mile path to North Carolina station NG4C FM16. Another fun contact was a portable-to-portable contact with W8SPM FM08 who was at the top of Spruce Knob, WV (4863 feet ASL). My best DX to the west were VE3KCY EN93 and VE3OIL FN04, although I did hear Ohio station K8TQK EM89 in the last hour on 144.200 which would have been the granddaddy of them all at 444 miles, but Bob later reported struggling with rain-induced propagation issues. Best DX to the east was K1TR FN42. Best to the northeast were two northern Vermont stations in FN34 plus AF1T-New Hampshire and K1WHS-Maine both in FN43 (and I did hear one station in FN25 working somebody). Activity levels were high--this would end up being my best result ever for a spring 2m Sprint. Not bad for a low power portable station out in no man's land with no chat page. 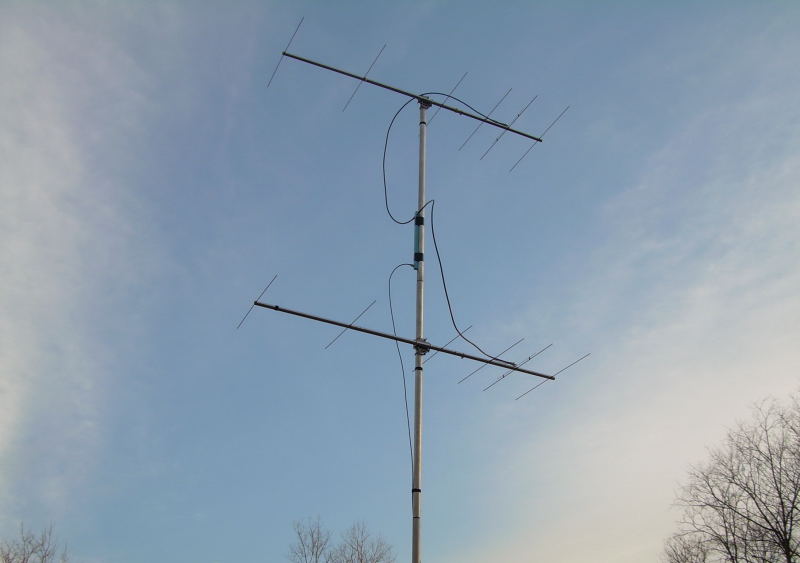