Two equipment problems caused me to miss the previous year's 222 Sprints. Then, in the January VHF Contest 2017, several stations were reporting that 222 was now my loudest band. Based on that terrific news, I went hilltopping in the highest sustained winds in which I've ever set up my equipment. I got the best result yet in any of my attempts at the spring 222 Sprint, which I've been doing every year except two since 2010.

I was watching the Doppler RADAR and the next band of rain was on its way north toward central NY. If I leave for the hilltop early, I will have lots of time to pick the most rain-free moment in which to set up the antenna. I did leave early and started setting up the station as soon as I got there at 6 PM since there was no rain yet. Finishing early, and with only a few raindrops on the window, I still had time to get some photos and then swing the antenna around, listening for beacons. When the sprint started, my first station worked was K8RYU EM99 (370 mi / 595 km) which I believe is an all-time new grid on 222. That's two sprints in a row working a shiny new grid on the first contact. That would end up being the best DX of the event, too, and he was S3. I also noticed that it is easier to work the stations in the FM field now that I have doubled the output power on the 222 station. Best DX in the easterly directions was N1JEZ FN44 (240 mi / 387 km). Best to the west was VA3ST FN03 (189 mi / 304 km) who was actually the only station to the west that I was able to raise, despite hearing VE3DS working someone at the start of the sprint. The majority of my contacts (63 percent) were CW. As for folks wondering whether the last hour is worth the effort: All 3 contacts in the final hour were new grids. 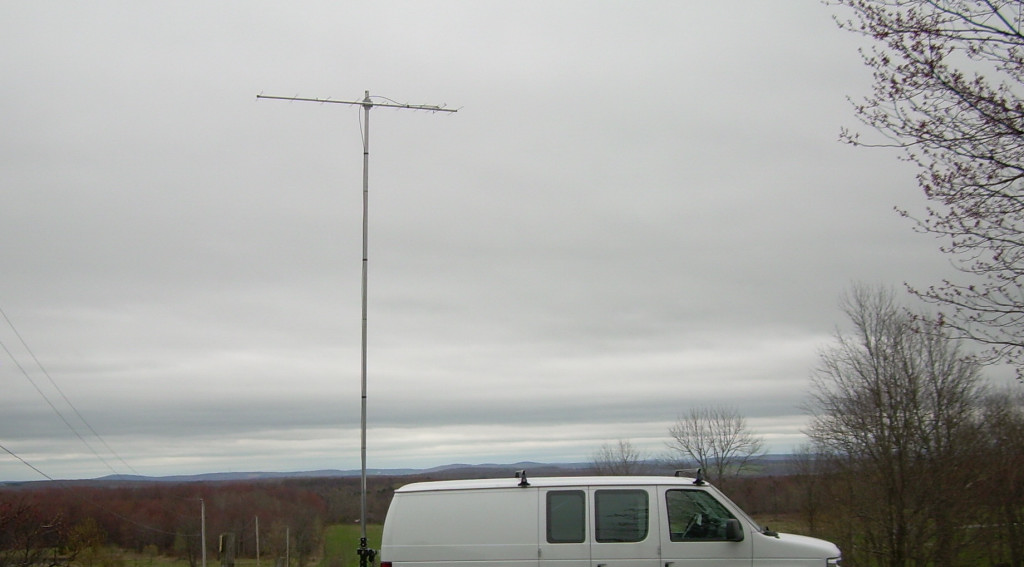