The 222 MHz spring sprint 2013 was sponsored by K9JK. This single band contest ran from 7pm until 11pm local time, Tuesday, April 16th. Distance scoring was used (where your score equals the total number of kilometers of all contacts).

The usual criteria were used in making the decision for operating location--rain and wind. Unfortunately, there was rain and high wind forecast for ALL of the sites I was looking at in the northeast. So I would just have to accept the fact that I was going to get soaked as well as run the antennas at low heights. So now the question was what other criterion do I use to pick a spot? I looked at the convective outlook and noticed that although there was a risk of thunderstorms for all my operating sites, there was a slight risk of severe thunderstorms in southwestern PA. So the decision was made to avoid the PA sites and favor the sites to the north and east in order to get as far as possible from the thunderstorm risk. In addition, since I would be running no amplifier and no preamp, I decided that elevation was going to be important and so was close proximity to the activity, even in a distance-scored event. After all, it's better to make short distance QSOs than none whatsoever. So I chose a hilltop in eastern FN22 with good elevation and closeness to the big Atlantic coastline stations.

Upon arrival, the sustained winds were about 30 mph and piles of snow remained where someone had plowed them aside. But there was no rain at the moment, so I leveled the vehicle, set up the antennas, and then powered up the gear and heard K1TEO right away. At least I know the equipment is hearing signals. I turned the antennas north, reset the control box to zero degrees, and took photos while I still had daylight.

I worked K1WHS quite easily and that would be my best DX at 199 mi, but the cold front passing south through the area would make the rest of the sprint a difficult one, especially on north/south paths that cross the front. Next I called W1AIM FN34uj but couldn't get through. I called CQ for a while and got answered by KK1CW but when I called him back, he disappeared. I later worked KA2LIM/R FN11mx which would be the only signal I heard from FN11 and my second best DX at 123 mi. I tried calling W9KXI FN12ne but couldn't get through even though he was 5x3 at one point. I tried again later but he was only able to pick out the 4-digit grid. Then I worked K1TEO and even he had to ask me to repeat the grid. Over the next hour I tried answering the CQs of K3TUF FN10we, K1DS/R FM29hx, and W2BVH FN20up but no luck. I heard K8TQK EM89je at about 5x1 working K1TEO on CW (a 548-mile contact), and afterward I tried calling TQK on CW but no answer (that would have been a new best DX for me at 501 miles / 807 km). I also tried answering K2ERG FN13 but no luck. I worked KA2LIM/R again who was now in FN12nf and 5x3, then N2DCH FN22ac who was 5x2. Additional stations heard but not worked were W1QK, WB2RVX, AF1T, and N1QG. Two separate attempts throughout the night at calling CQ on 223.500 FM in all beam directions yielded nothing. No one answered my CW either. 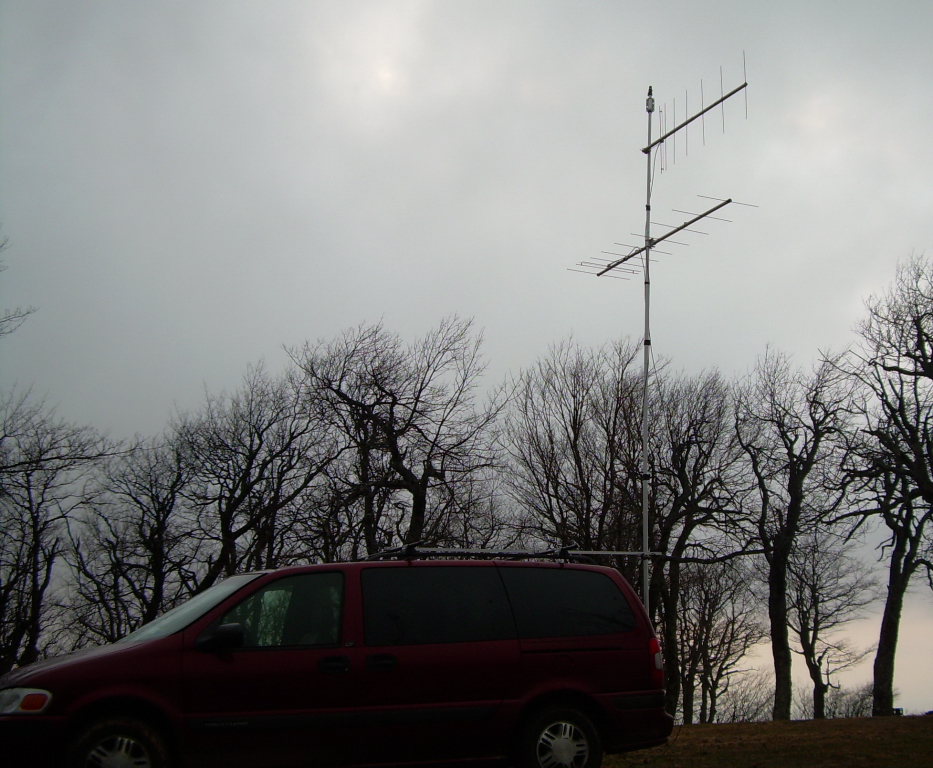