The 222 MHz spring sprint 2012 was sponsored by K9JK. This single band contest ran from 7pm until 11pm local time, Tuesday, April 17th. Distance scoring was used (where your score equals the total number of kilometers of all contacts).

Due to the increased chance of equipment issues using equipment that has failed me before, I decided to enter the contest from a fixed location, rather than waste time traveling between grids. I set up on the nearest rover site in my home grid square FN22. Here the antenna is 300+ feet above average terrain and thankfully there isn't much foliage in the immediate area to attenuate these high-VHF signals. Winds were sustained at about 15 mph on this exposed hilltop with gusts to about 20 mph, and temperatures were in the low 30s by the end of the sprint.

The last time I operated in this event was 2010, and despite the slightly larger antenna this time, I was unable to improve on the numbers from that year. Later in 2010, I was getting reports that my transmit audio was breaking up. My first experiment was to replace the mic. This spring sprint was the first chance to check out the new mic, and as it turns out, the audio issue was still there. I received no complaints on CW, even when using an amp, so there must be an issue in the IF radio's audio chain. The HTX-100 has been known to suffer when internal components begin to age. I relied heavily on CW the rest of the night in order to work around the SSB audio problem a bit. 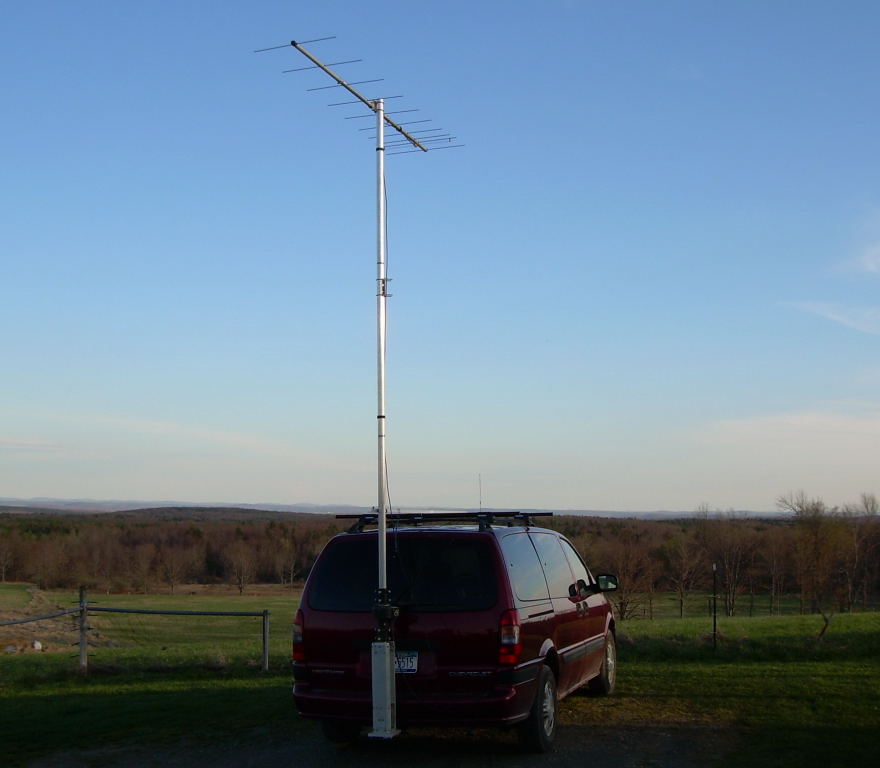