Team KA2LIM, one of the only re-locatable limited-multioperator stations in the US, put in what might be our finest effort to date. With increased elevation over last year's site and the return of FM simplex capability as well as the addition of rotatable LVA antenna systems, it was a memorable weekend topped off with a personal best score. 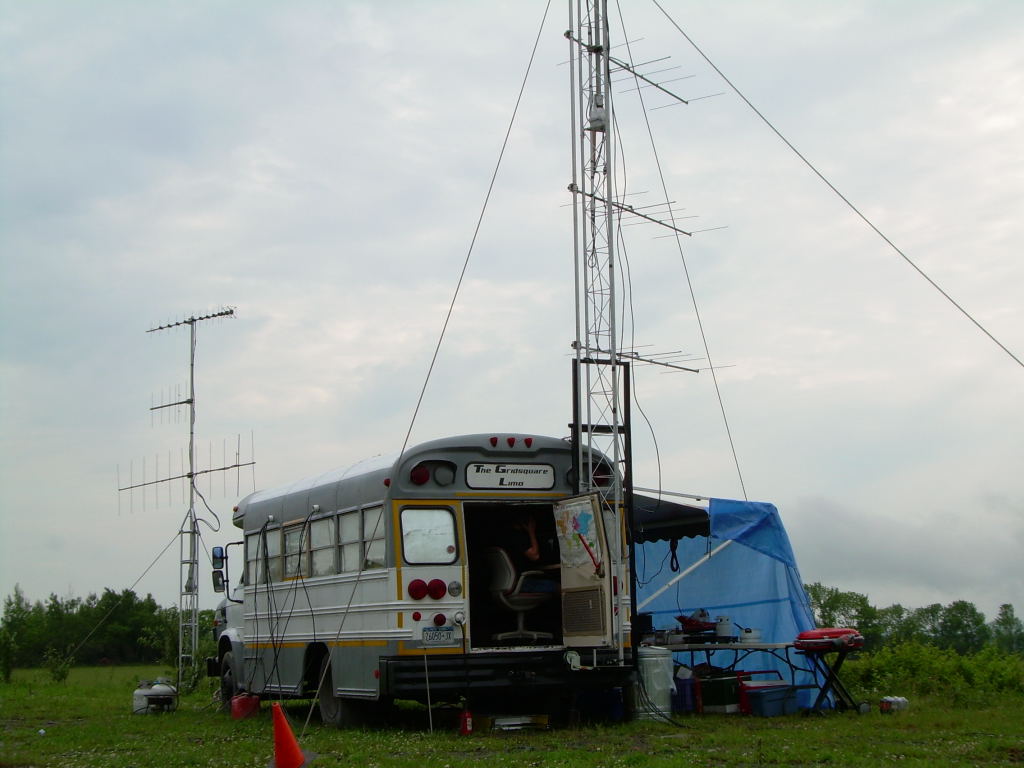 Each band has its own independently rotatable antenna system. 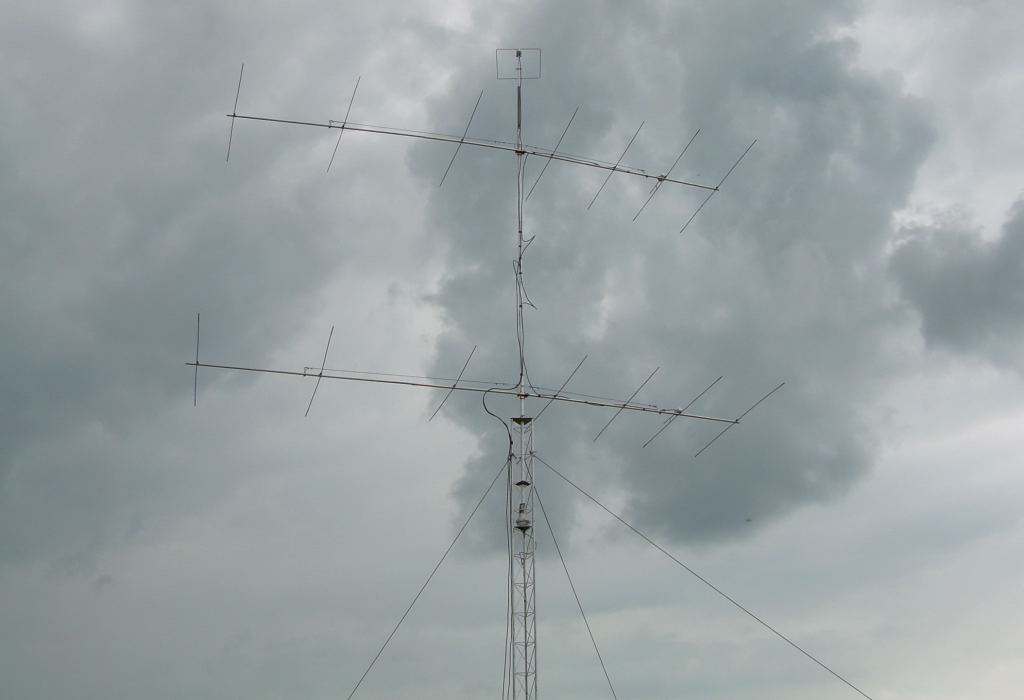 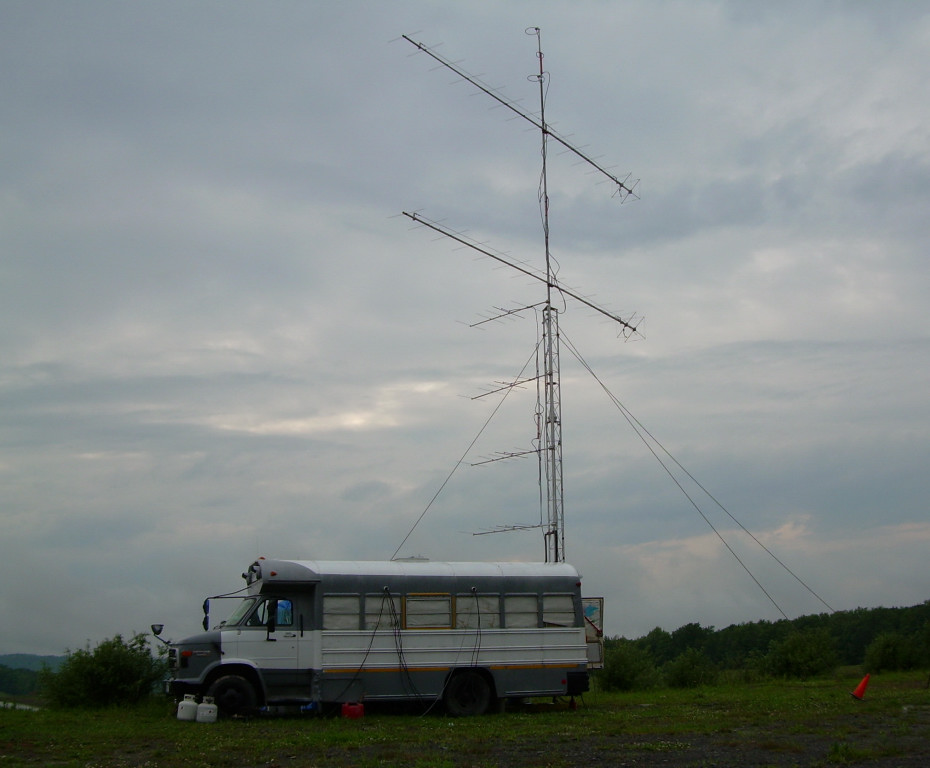 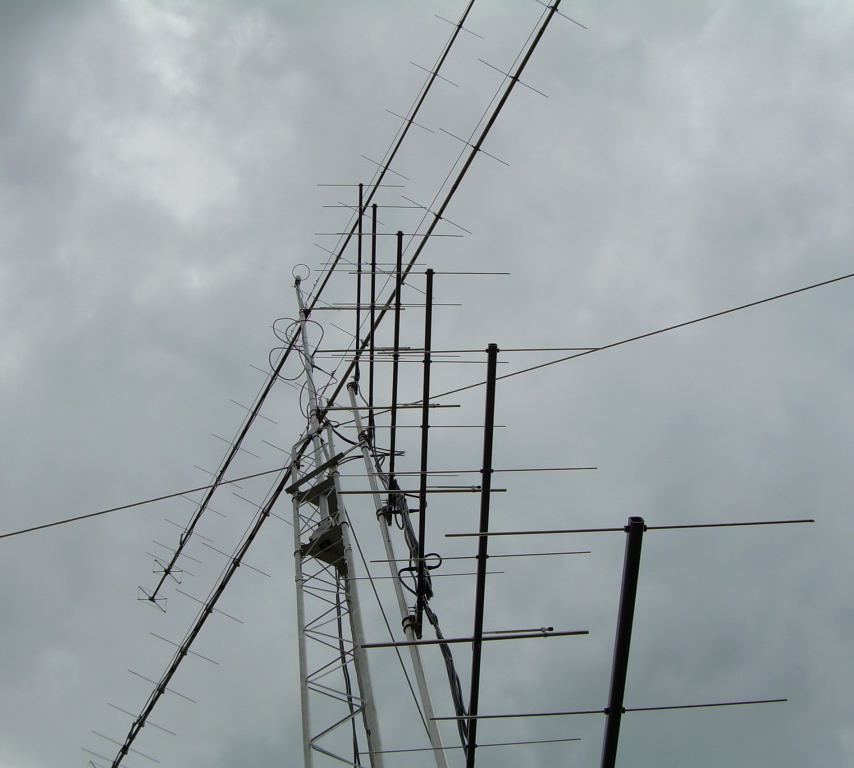 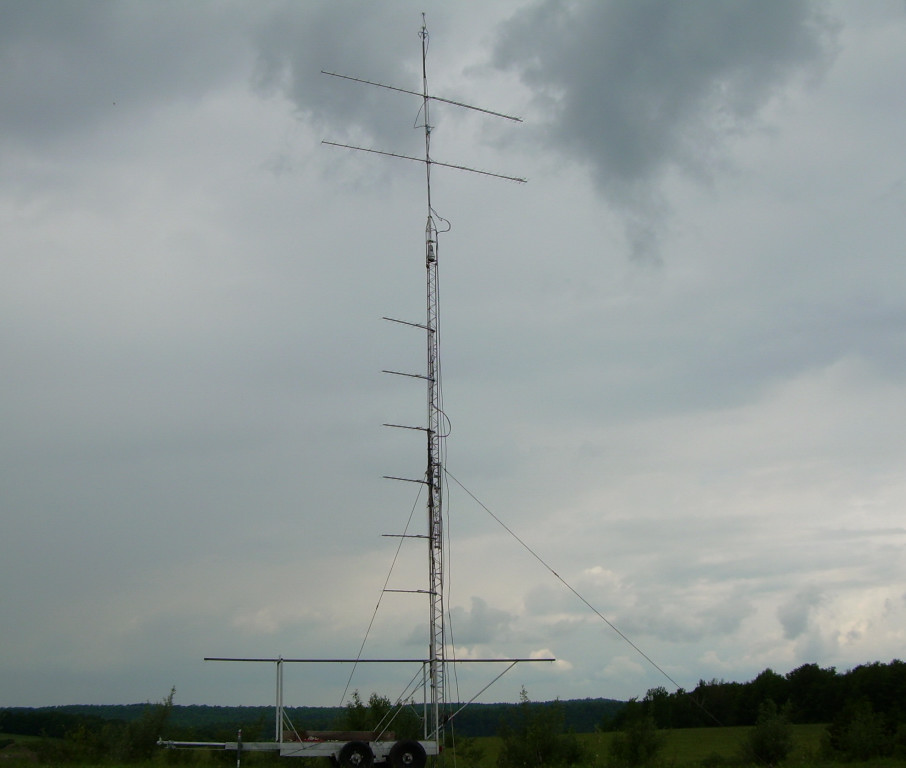 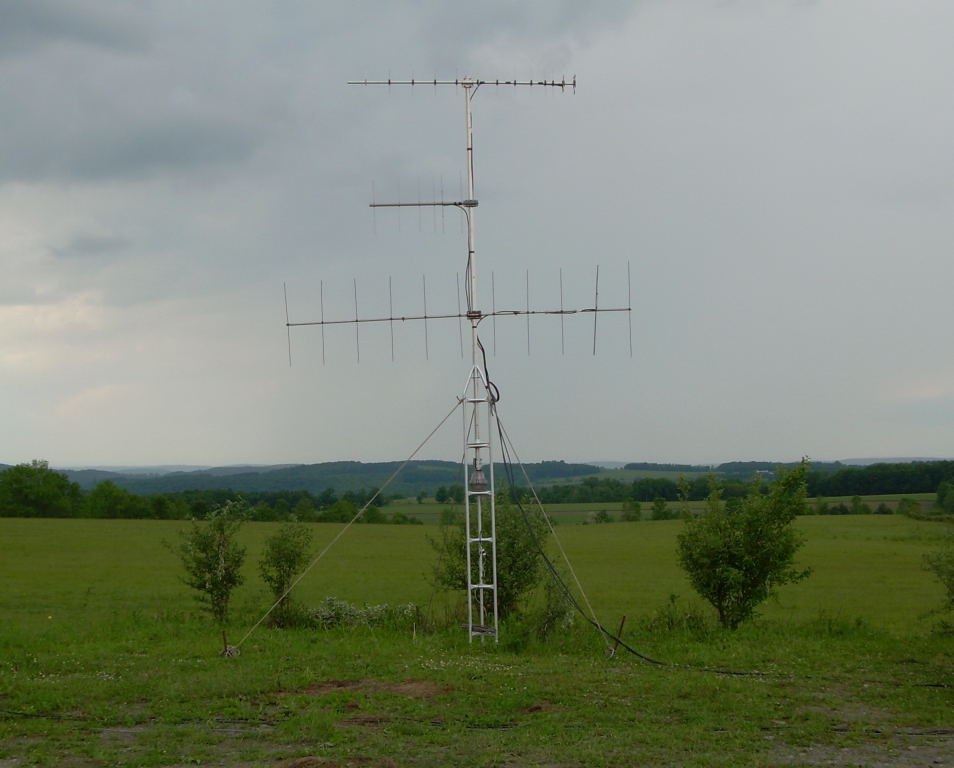 PRE-CONTEST
Setup began the weekend before the contest to ensure that there would be enough good days for installing towers. On Saturday, June 6th, two of the tower trailers were brought to the contest site. Sunday, an electric fence was installed around the site to help keep the nearby cattle from wandering into sacred contesting ground. On the next day the 6m tower trailer was brought to the site. Then the following day, the Gridsquare Limo was driven to the site. Once the Limo was in position, the exact locations of the towers could be fine tuned, and the final days could be used for testing equipment.


CONTEST PERFORMANCE
Despite the fact that the June VHF QSO Party occurs during hurricane season, we were spared any tropical activity. We did have a bit of rain and heard lightning static Saturday, but no thunder. Six meters was open right from the start, so the Limo was a busy place as we kept the 6m position manned at all times. The band stayed open until late evening on the first day, and in 7 hours and 54 minutes we had worked 6m VUCC thanks to the band being open to a variety of locations this time around. Plus, we had a location in gridsquare FN12 (WNY section of the Atlantic Division) that was 400+ feet higher than the previous June's location. On Saturday we did manage to work XE2WWW in EL06 which turned out to be our longest 6m contact at 1643 miles. The longest contact on 2m appears to be with northwestern Indiana station WA9KRT in EN61 for a distance of 513 miles. On 222 the best DX was Maine station K1WHS FN43 at 314.5 miles, and on 432 it was Michigan station N8IEZ EN82 at 311 miles. Saturday's 6m opening lasted a solid 9 hours and 43 minutes, with the occasional station still popping in as the sporadic-E disappeared. Sunday's opening lasted solidly 2 hours 36 minutes, with a few more isolated contacts afterward. We worked 32 states (map) and the two Canadian provinces of Ontario and Nova Scotia. All 4 bands saw higher numbers than last June, both in QSOs and multipliers. We ended up with a 7th place finish nationally.

No unusual solar activity was present--the solar flux was 68 both days (only one number higher than last year) and the sunspot number was zero both days. There was no strong solar flare activity, and no aurora was noticed. No tropospheric ducting (tropo) developed in western New York either, but that's not surprising since inland parts of NY typically have their best chance in August-October each year. Due to the numerous disturbances rolling through the area, there was no tropospheric enhancement at sundown. 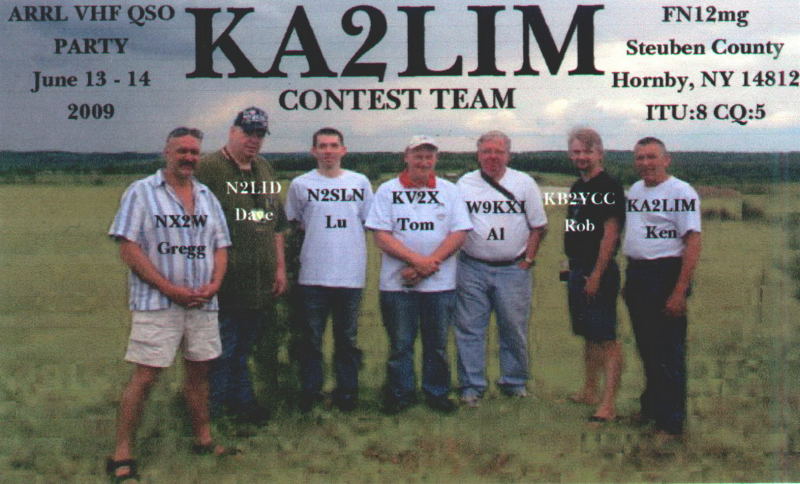