OPERATORS FOR THIS CONTEST


In the days leading up to the contest, the wx forecast suddenly showed a snow event for Friday night / Saturday morning. The predicted snowfall total wasn't very large, but the timing was terrible. It would potentially force a late start of the N2SLN/R vehicle on Saturday morning, and with such a tight schedule on the first day, a late start means too much travel for too little benefit. On Monday night I warned I might have to cancel Saturday. But then the decision was made Wednesday night for a full cancel of the rover plans and to begin assembling plans for a 6-band multi-operator effort from the local club shack, similar to what we did for June 2020. Those changes included Tom's FT-857 being used as a 50/144/432 rig with straight key, and his car's roof being used as the support platform for the microwave antenna system. Jon's TS-2000 supplied the IF signals for the 222 and 902 MHz transverters, with both straight key and paddle available simultaneously. The 1296 MHz radio was his newly acquired monoband all-mode Icom IC-1271A.

Signals were down all day Saturday. This was partly due to the low atmospheric pressure that the very large diameter storm brought with it. At one point weather satellite imagery showed that the storm appeared to cover the entire eastern half of the country. We have seen 6m really suffer in past stormy January contests, especially when trying to get signals to travel across the center of circulation. One highlight Saturday was a rare band run that started on 1296 before moving to the other bands. That wouldn't have happened without our new full-time presence on 1296. That was also a confirmation that the equipment really was working. The other highlight was the 6m band opening in the evening, albeit a weak one. We managed to grab two Florida grids, EM70 and EM90. But it seemed like we were on the west side of the touchdown zone because we could hear the Florida stations having a much easier time working into W1. Our best DX on 6m was the EM70 station in Tallahassee at 960 mi / 1544 km. After walking outside to have a look at the antennas, we noticed that the 222/432 antenna system was pointing in the opposite direction from what the rotor control box said. That's strange, because we just verified that it was working before the start. So for the rest of the contest we had to add or subract 180 degrees from the beam headings we really needed in order to dial in the rotor correctly. That would explain why we couldn't work K1RZ FM19 on 432 despite his loud CW. We weren't working anything new at 9 PM local time so we shut down early for the day.

Sunday brought a new day in more ways than one. The storm was leaving the area despite the barometer still being low in the morning. Signals were noticeably up from the previous day. In the morning we were able to work Ohio station W8ANS EN91 on 2m which was our best DX on that band, and was done on SSB at 278 miles / 448 km. Another Sunday highlight was the surprisingly good activity level and strong signals on 2m FM simplex where we picked up new stations on 146.520, including someone who was trying roving for the first time. We checked in with him over a period of several hours and he had good signals every time. Our best DX on 222 came Sunday evening when we worked VE3ZV EN92 (244 mi / 393 km) on SSB. Strangely, the only 2 grids we worked on 222 were each 3 grids away from our own. Unfortunately, the best DX on 432 was only 38 mi / 61 km. There were no contacts made on 902 due to no one else within range having the equipment to try with us, but we did have a 4-band run with KB2KIR (50/144/432/1296) which was our highest number of bands completed with one station. Again, with no new activity at 9 PM, we shut down early. It was a tough contest overall, including a 1 hour and 58 minute period with no contacts in the log. But we were thankful to have a contest at all, especially after seeing the last weather forecasts suddenly predicting a worsening for the Saturday night / Sunday morning time period. If we hadn't cancelled the rover plans, we would have been struggling with those wx conditions in addition to the ones on Saturday morning. 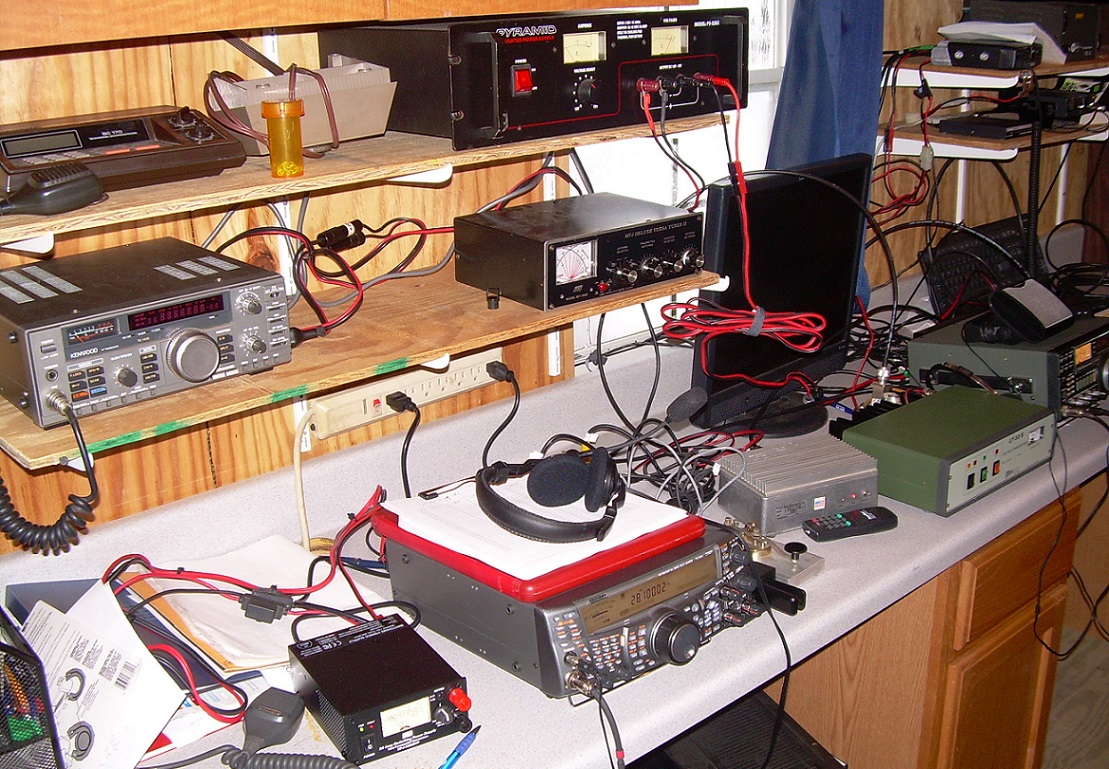