The 6 meter fall sprint was sponsored by the Southeast VHF Society. The rules and more info were provided here. This was the second year this single-band contest ran with the new hours from 2000Z on a Saturday until 0000Z Sunday, and this year it began on Saturday, 10 August 2013.

I used the weekend before the sprint to test a 6m amplifier on my contest van's electrical system to see if it would hold up. I never ran an amplifier on 6m before. The alternator did hold up, but without a wattmeter, I don't know exactly how much power I'm actually getting from this 375-watt amp. There is certainly some voltage drop in the long 8 AWG supply cable from the battery, so I'm probably missing out on some power output, especially driving the amp at the low end of the input range. But I didn't cook the 60-amp fuse, so I must have been under 300 watts output. At the end of the sprint I noticed that the fan had kept the heat sink cool and the power cable never got warm either.

During last year's version of this event, I operated from home with 3 unidirectional antennas fixed in different directions. This year I operated hilltop portable with one beam on a rotor. Three years ago I was at this same spot with a 3/3 stack of yagis for this event. I managed more QSOs then, but this year I did notice that people are still struggling with the new time and date of this event (in its second running), so activity was lower than it should have been. Although there was no E-skip this time, there was an increased chance of meteor scatter contacts, as the event is held close to the peak of the Perseids meteor shower. I did hear W9RM EN52 off a meteor burn at the start of the sprint, but by the time I got the beam pointed west, he was gone.

I did not work any long-haul contacts--the best DX was 181 miles with W1GHZ FN34 followed by 151 miles with W1ZC FN42. Oddly, I did not hear any signals from the south beyond adjacent grid FN21, and Packrat VHF territory is usually a big source of contacts. But it was interesting to hear that some other folks were operating hilltop portable like me. One interesting contact was with KM2KM/1 operating hilltop portable in Vermont with a folded dipole. I also worked W1BS who was hilltopping on Mount Greylock, MA.

The sprint ended at 8 PM Eastern, just 11 minutes before the official local sunset. That means I had enough daylight to disassemble the antenna system without need for the head lamp. Tear-down took only 26 minutes--the cool mountain air kept me moving right along in order to stay warm (and to avoid the mosquitoes). I like the new contest time because there is still daylight available at the end of the event, and I like that the new date is within the main E-skip season here in central NY, as well as being close to the peak of the Perseids meteor shower. Official results are here. 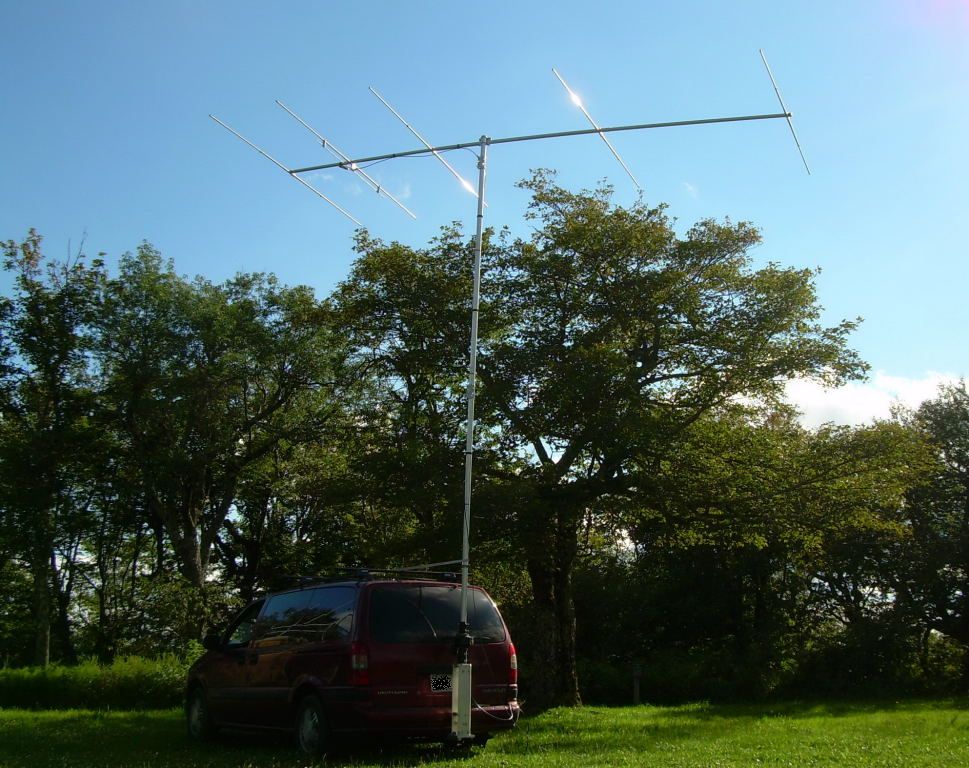