My apologies to anyone I should have heard better and didn't. I forgot that the 432 preamp died in the September VHF Contest and I hadn't got it fixed yet. Compounding the issue is the new tower installed within the past 3 years on the eastern FN22 hilltop where I was set up. When pointed in that direction I get loud, intermittent QRN on 432 MHz even with my $400 Telewave bandpass filter inline, so the preamp would likely have made it even worse. But that was all part of the reason for trying out the hilltop again with the new rover van. Now I know to use my other hilltops when 432 is involved. The 70 cm band is under attack by other entities, what else is new?

Unfortunately, the tropo that I enjoyed earlier in the day at my home station had moved too far south to help at my portable location during the Sprint. Nonetheless, I had fun and did surprisingly well for all the challenges. Just like the 222 Sprint the week before, I worked Maine station K1DY FN54 to the northeast (315 mi / 506 km) for a best DX, and W8ZN FM09 to the southwest (296 mi / 477 km). My roving sidekick Tom KC2SFU got on the air and provided the only contact with my home grid. He used CW to make the contact on a vertically polarized 2m Yagi. VE3CRU/R provided my only contacts with FN04 and FN03, and Long Island station N2GHR FN30 was my farthest contact in the other direction. After working 4 stations in the 10:00 hour, the winds had picked up to the point where they were battering the antenna system pretty badly on the exposed hilltop--the cold front was pushing into the area as forecast. So that, combined with the threat of rain, caused me to tear down early. 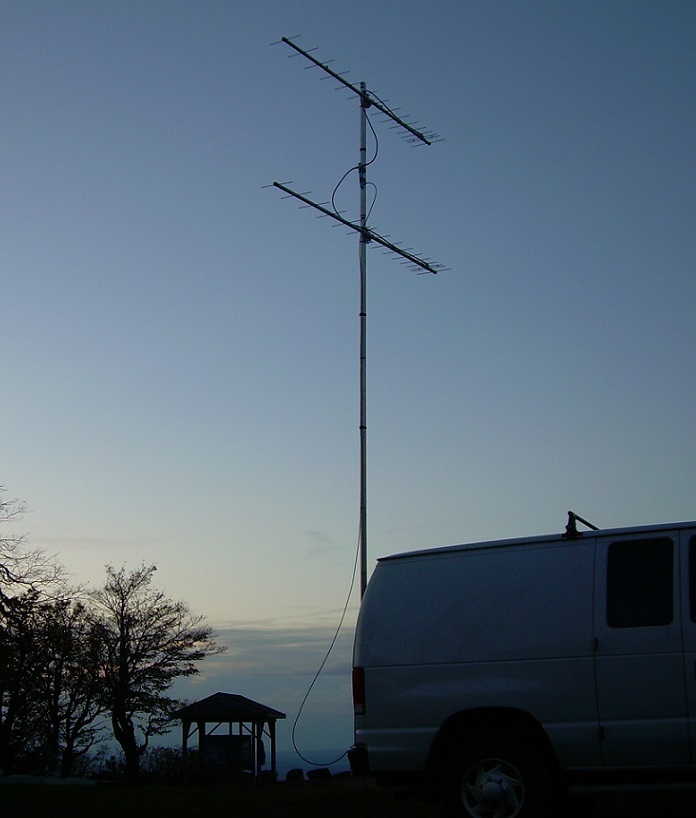