There are quite a few examples of local post stamps and related ephemera from Antarctica. Some of the crew involved in various expeditions have issued labels as part of fund-raising in some instances, or just for fun. I don't have a lot of these, although local posts are another of my philatelic interests. I would be interested to see if other folks have stamps or labels that specifically have the wording "local post" on them. 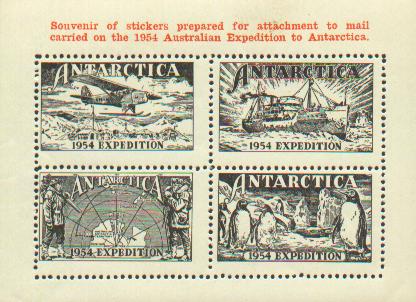 This attractive set of labels is in the form of a souvenir sheet, and is perforated. 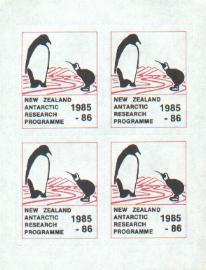 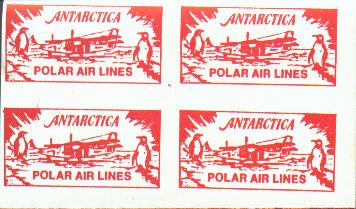 This souvenir sheet is gummed. This particular mini-sheet was an enclosure inside the following cover from the U.S.-British Tectonic Survey expedition of 1983. The cachet has a depiction of a subject on a snowmobile, and was a gift to me from the philatelic manager at the St. Louis Post Office, who apparently was a friend to the elusive Capt. Murch. 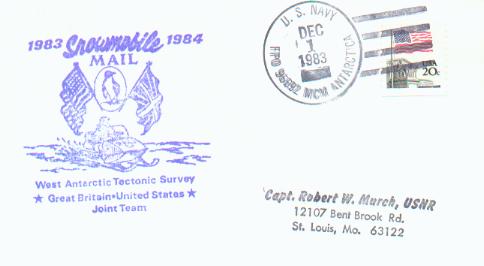 I tried to contact the addressee a couple of times back in the mid-80's to no avail, (I included a SASE, wrote a brief courteous letter, etc.), but never got a response, and the letter did not come back as undeliverable, so I don't have the entire story as to whether these were supposed to be attachments to the mailpiece, or given as a token or gift to the sender. His name certainly sounded familiar, and I have seen his name on other polar covers over the years, even early Operation Deep Freeze covers... perhaps he was an ASPP member?-and may know the whole story behind the cover and the labels.

UPDATE:  I now have reason to believe that Murch did indeed get my letter, but since I was not part of the philatelic "elite" that I have mentioned previously on the Polar Philately Yahoo group, that he would not bother to write to me.  That sucks, but I have experienced it before. See message number 1340 dated January 1, 2001 : http://groups.yahoo.com/group/polarphilately/message/1340

I hope to add more examples of other polar labels and such cinderella material, as I obtain them. Donations of scans are appreciated, or information on other material in this vein.

Back to my Main Polar Philately Page